More Skill Based Games Could Come to Nevada 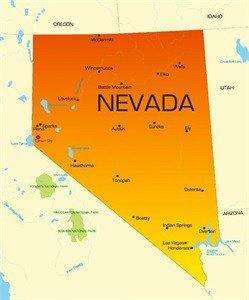 The state of Nevada is known for being the gambling centre of North America and much of the world, and so it’s not really that surprising when they consider adding a new type of gambling. However, what’s so interesting this type around is that they’re considering adding skill-based games via video terminals in a move that could be replicated by other states looking to expand their own gambling offerings. This is such a big deal because it’s very close to online gambling in the practical sense, and it could signal to other states that this is a way to go to generate more revenues.

About Skill Based Games Online

Most games that you think of in an online casino are based primarily on chance. With roulette, craps, and so on, there isn’t much of an element of skill except when it comes to avoiding the “sucker bets” that have a much worse payout rate than the other options. In American roulette, this is the bet on 0, 00, 1, 2 and 3. In craps, this is a number of high-advantage wagers. With skill-based games, however, you have much more of an influence on your chances of winning.

The Legal Problems With This

In Nevada, there’s a strict requirement that the odds of winning be made the same for all players. One thing that these skill-based games would do is create a scenario where players who enjoy the games more often have better payout rates and thus better chances of winning. Dan Reaser is a lawyer for several casino game makers, and he’s been working at getting this changed in a way that would allow skill-based games to be played in the state.

The Expansion of Gaming

The expansion of gaming like this is one of the major things that will help the online gambling industry see better chances of success. The reason is that the momentum is going in the direction that you want it to with expansion instead of things being cut back which would create momentum for scaling back and preventing the expansion of online gambling.