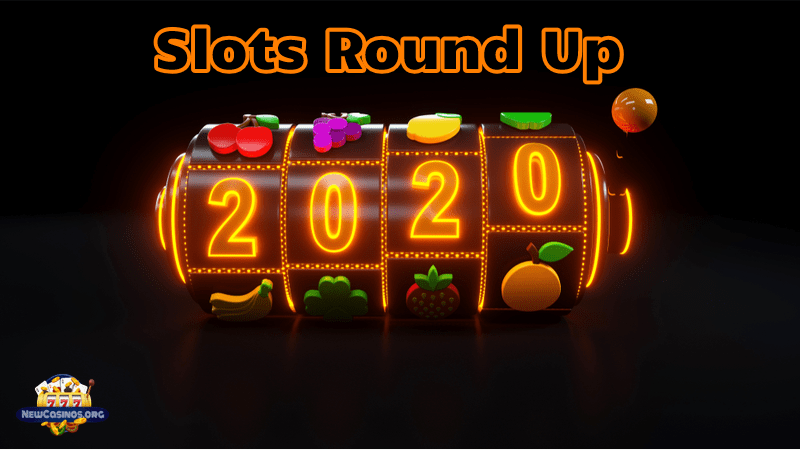 2020 has been something of a stellar year for slots so far, and there’s no sign of that changing as we move away from the chill of winter and great ready for happier times when spring begins to blossom. Here is a quick round-up of some of the best slots that were released late in February this year, and will be released in March.

Age of the Gods – Norse: King of Asgard (Playtech)

Playtech is continuing not to slouch where it comes to slots in their Age of Gods series of linked slots, or at least in their re-branding and re-imaging of slots from their discontinued Marvel Superheroes slot.

With an RTP (Return-to-Player) of 94.5%, this is not the most generous game Playtech have ever created, but it’s certainly one of the most playable. In this slot focus switches from the Greek Gods atop Mount Olympus to the Norse Gods in the Halls of Asgard.

This slot has a six-reel, four-row set up and a maximum of fifty paylines. Players are invited to join Odin and Loki as they battle for the chance to be ‘Top of the Gods’ in the ancient mystical Norse world.

Features include Odin Wilds which increase the final spin multiplier every time that Odin advances during the beneficial respins feature. You may also land his errant son Loki on the reels which will push Odin back to grant you further spins with a higher multiplier.

Other features include the legendary linked Age of the Gods Norse progressive jackpot – the daily jackpot, the capped jackpot or the ultimate jackpot! Any one of these jackpots can be won on any spin.

There are plenty of ‘recent’ online software brands that have really upped their game of late and can be considered genuine contenders to the title of ‘the best software slots provider’, a title that for many a year has been a black or white battle between NetEnt and Microgaming.

Pragmatic Play is certainly one of those contenders. Not only are their games getting better and better. They’ve also joined the likes of NetEnt, Microgaming and Playtech in releasing live casino titles.

As for their latest slot, Pragmatic Play has released ‘Mysterious’, a genuine slotting puzzle with a Victorian England or Steampunk bent, and with a pleasing RTP of 96.50. This game also has a massive maximum of 4,096 ways to win, although during normal play that reduces to 40 paylines across six reels.

The purpose of this game is the seek the Lord, but not in the biblical sense! You will also be hunting the Lady and the Baron and their mysterious symbols, as these will create big wins for you. When you land free spins in this game, you are given a choice – either free games with roaming Wilds or a massive 12x multiplier.

2019 was not the best year for NetEnt. Hit by regulation changes in Scandinavian markets (one of the main markets that NetEnt focuses upon), the Swedish software giants also received criticisms from even its most loyal of players for rebranding and reskinning old slots instead of creating new ones.

There were signs at the end of 2019 that NetEnt was pulling itself up by the bootstraps in terms of revenue, and they are still releasing cracking new slots such as Ocean’s Treasure, or should that be Kraken-ing news slots?

Set deep underneath the waves, Ocean’s Treasure is another slot that’s based on the legend of Atlantic – a mysterious, enlightened realm where one day every member of its population experienced that sinking feeling.

This is a traditional-looking five-reel, three-row slot with a mere 15 paylines but with a pleasing RTP of 95.99%. Features found underneath the ocean waves include Stacked Wilds and Free Spins with an increasing Level Multiplier.

The top jackpot is guarded by the fearsome Kraken – a giant octopus who doesn’t seem overly friendly. Your only chance of getting your hands on the Ocean’s Treasure is to land three scatters and therefore trigger the five-tier frees spins feature. This slot does feature some rather basic gameplay, but it does have the usual NetEnt standards when it comes to quality graphics and sound effects.

Ocean’s Treasure was released on the 24th of February, 2020.

Mascot Gaming is probably a name you’ve never heard of when it comes to the online software development, but if they keep releasing titles of a standard in tandem with their latest release, they could soon be taking the slotting world by storm!

Riot is a cool-looking dystopian slot with many thrilling and unique features. The most unique is called ‘Risk and Buy’. This feature allows the play to risk a certain amount of cash (more, if the feature is used as after a winning spin) to obtain two different kinds of free spins awards.

Free spins are also offered at random and can be combined with other slot features, including Wild Reels, Sticky Wilds, Free Respins and Multipliers. This slot has a typical slotting set up with five reels and three rows. It is blessed with 15 paylines, medium volatility and an RTP of 96.7%

At the end of each spin, players can opt for the ‘Risk and Buy’ feature. Each offer is unique and will contain several options depending upon the number of free spins offered, and the cost of them.

It will be interesting to see what the UKGC make of this ‘Risk and Buy’ feature as it sails perilously close to the ‘buy feature’ options supplied by a handful of slots in 2019 which was then subsequently deemed ‘undesirable’ by the UK’s licensing bigwigs.

Riot was released on the 4th of February 2020, so play it while you can!

Join us next month at NewCasinos.org for a look at the latest, greatest slots to hit the slotting world.