The 10 Worst Hotels to Avoid in Las Vegas The idea of travelling and staying on the Vegas Strip is a fantasy for most travellers. After all, Vegas oozes everything glam, glitz, and contemporary-day luxury. It is an adult’s playground where anything and everything goes- the neon-lit casinos, extravagant burlesque shows, western-style dive bars, the strip clubs, pool parties, and beautiful people.

However, if you are living in less than perfect accommodations, it can make it hard to enjoy your experience especially if you are concerned about the state of the room you have been given. Regardless of the time that you choose to visit, one thing is clear, that your hotel choice accommodations in Vegas matter.

The 10 worst hotels in Las Vegas

As a tourist city and one of the most popular ones on the globe, there is no shortage of accommodation. However, if you carry out your due diligence, you will find out very quickly that not all hotels are created equal. Yes, some Las Vegas hotels are all about luxury and sophistication and are therefore worth every penny. However, others can break your trip and are not worth the experience.

While well-known names and a prime location on The Strip can indicate the status of a hotel; it does not always mean that the hotel is worth your stay. To avoid falling into a trap, here are the 10 worst hotels to avoid in Las Vegas: 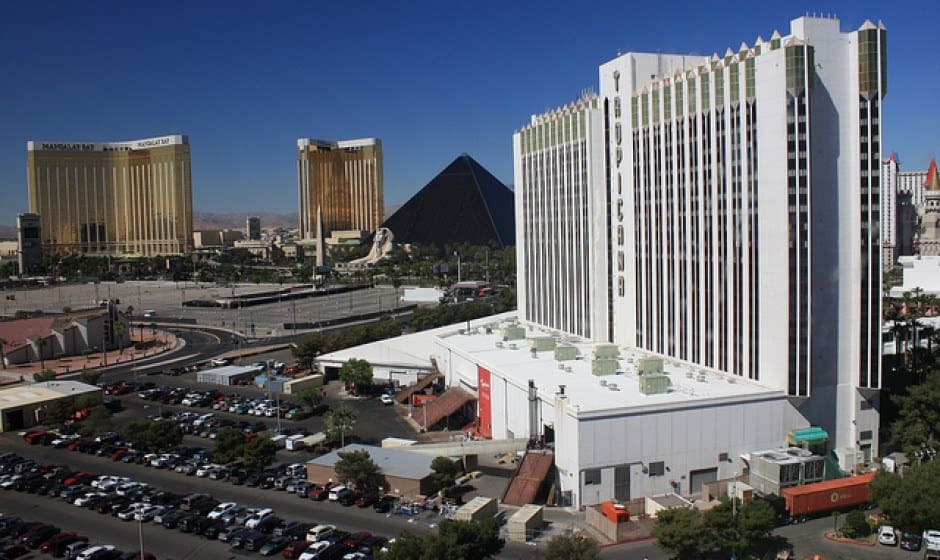 The Tropicana Las Vegas offers its customers free drinks, but it is not enough to appease clients. Not only have customers complained about general mismanagement, but the guests have also criticized the hotel for its use of old furniture, lack of WIFI access and lack of table seating even when the tables are apparently free. 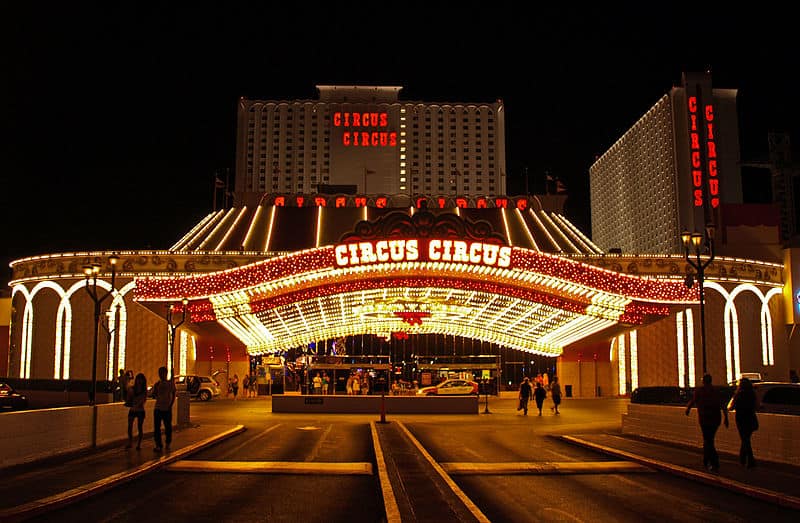 While it may sound like it is all fun and games at Circus, the atmosphere in this hotel is actually the opposite. With its average rooms, a complicated book in and check out process, and tacky ambience, Circus, Circus is definitely one of the worst hotels in Las Vegas. Previous customers have gone on to disapprove of the place for having slow customers service and lacklustre rooms and facilities.

The Excaliber Hotel and Casino 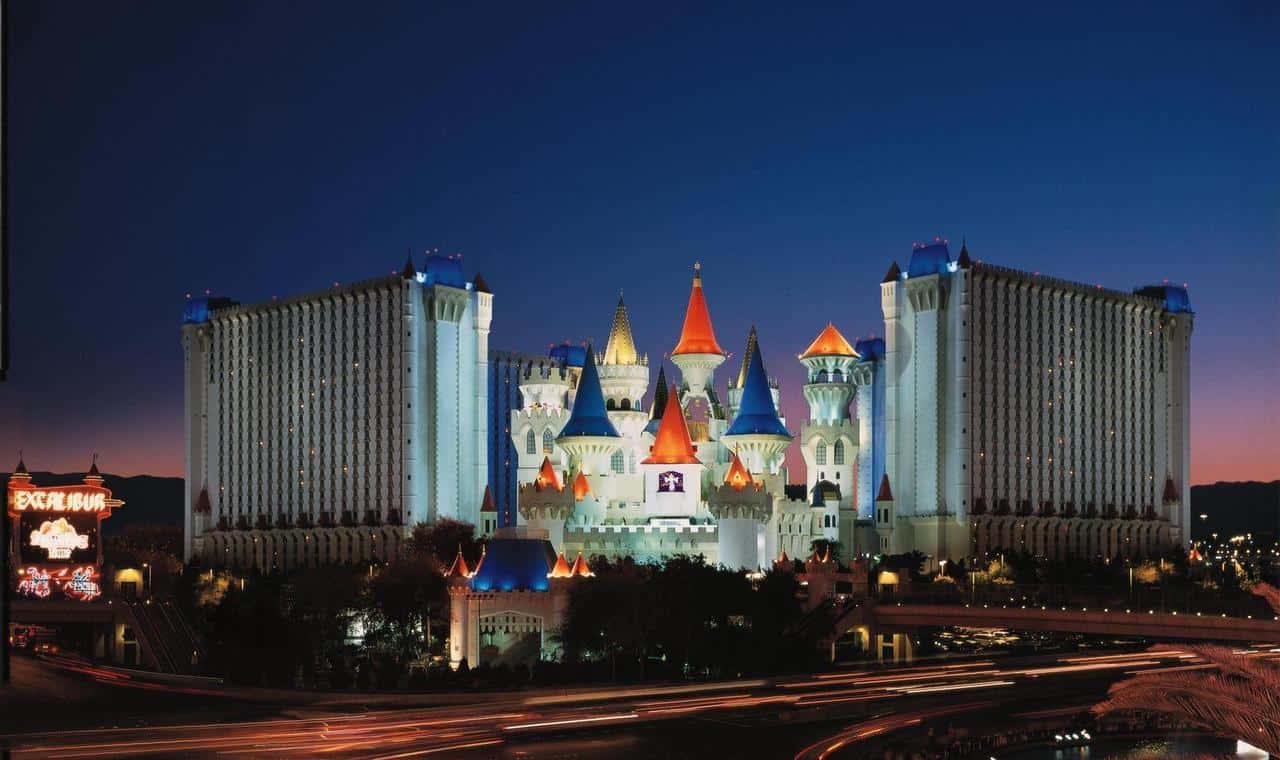 The Excalibur Hotel and Casino is one of the most recognizable hotels in Vegas, but its reputation is far from positive. According to the many reviews available online, the Excalibur’s rooms are noisy and poorly maintained with poor service and rude staff members. 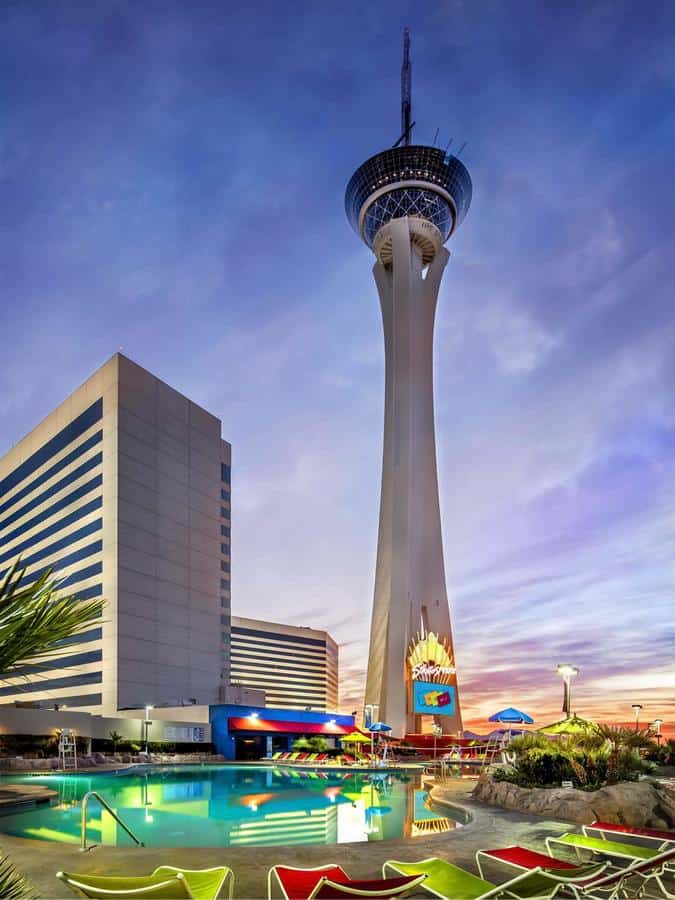 Although the Stratosphere Tower has been a symbol of Vegas for years, the adjoining accommodations on offer have been described as being a huge disappointment for anyone that has used them. One reviewer complained about stolen items due to failed locks, and service has been labelled deprived at best. The general focus of negativity also seems to be primarily directed at the hotel’s management with many people citing hotel mismanagement for their poor holiday experience. 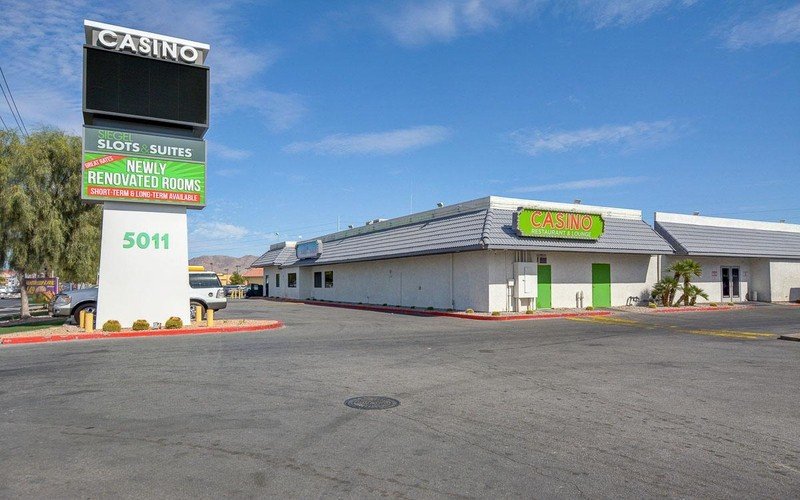 Siegel Slots and Suites touts itself a budget accommodation for Las Vegas revellers. However, the feedback given by the guests is not favourable at all. Restaurant reviewers have complained of bad food offerings while others protested about being mugged right outside the hotel. If guests cannot feel safe and secure outside the hotel doors, then it stands to reason that you should never stay at the Siegel Suites if you want to have the best Vegas experience. 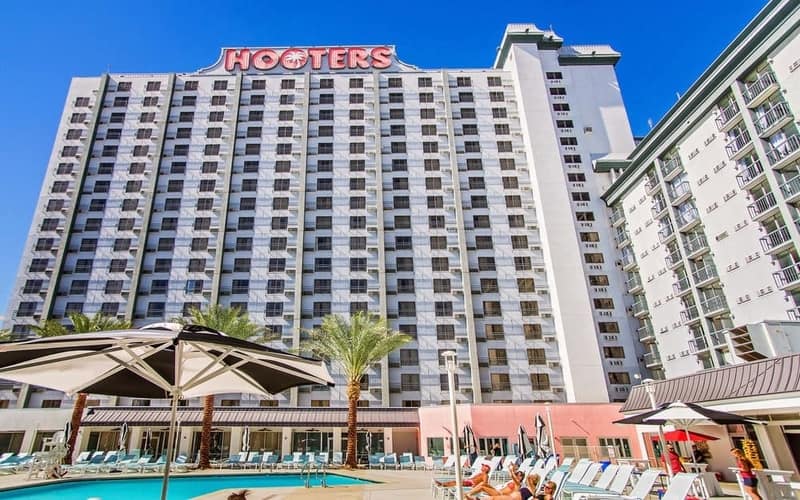 Hooters is a staple of American entertainment, but you should avoid Hooters Casino Hotel at all costs if you want to have a great time in Vegas. The rooms in the hotel are basic and dirty with reviewers complaining about cleanliness in general. Others stated that security was lacking and that the interior was filled with suspicious characters. 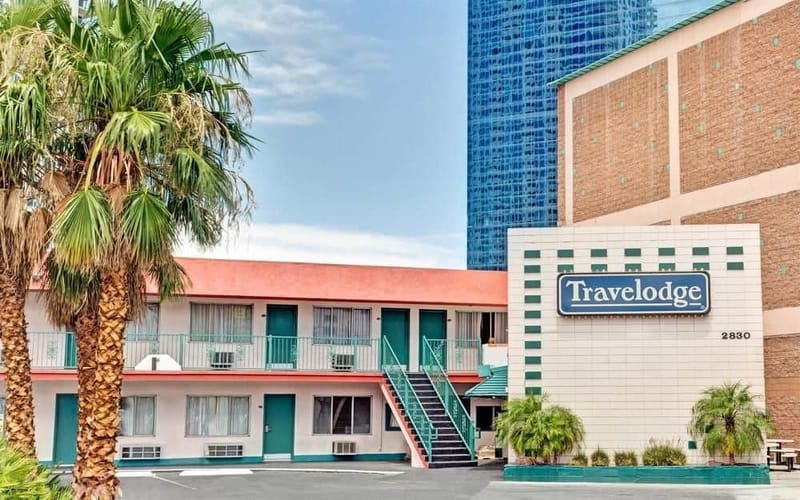 Travelodge is another hotel on this list that offers budget accommodation to guests. However, a lot of them have some nasty things to say about the hotel. For instance, some have said that they felt unsafe at night while others have stated that the amenities in the hotels are severely wanting. 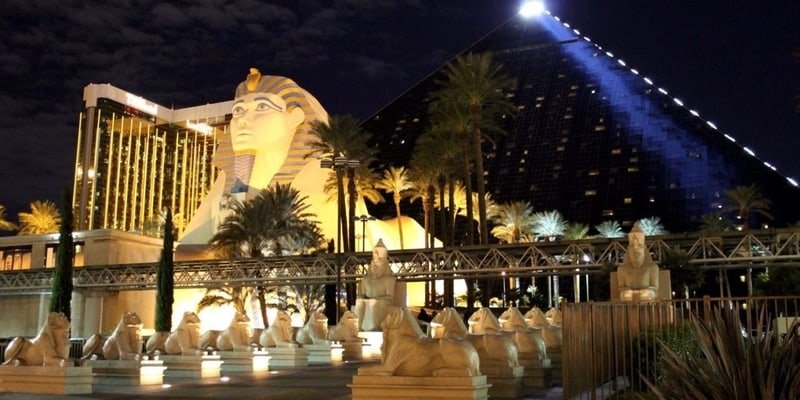 The Luxor is an Egyptian-themed Vegas Hotel, but the services and accommodation on offer are less than regal. While the giant pyramid exterior can fool you into thinking that you are headed for the adventure of your life, staying at the Luxor is not exciting at all. Guest have described being booked in dark and mouldy rooms, while many others complained that everything was overpriced and not worth the money. 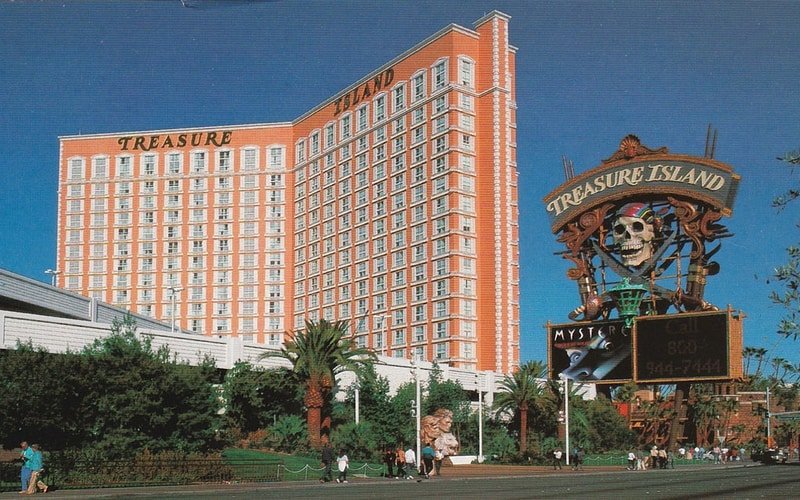 Treasure Island delivers anything but a treasure to its customers. In terms of the glitz that most other Vegas hotels has to offer, Treasure Island has none. Reviewers have complained of terrible customer service and that the casino was boring and too dark. Additionally, there have been several complaints of weird smells all over. Many are of the opinion that the hotel is due for a much-needed make-over of its facilities, service, and staff. 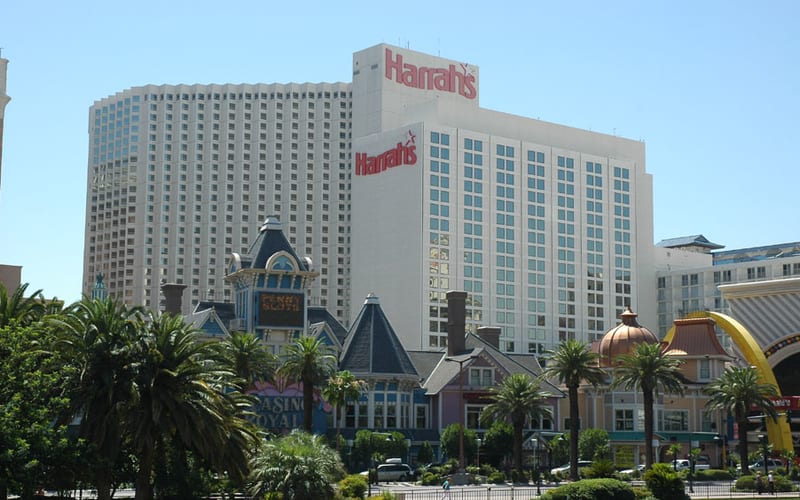 Harrah’s has been described to have failed in terms of all-round service. Guests that have stayed at the hotel previously have complained about smelly and outdated rooms, while a more significant number still have grumbled about being unable to use their room keys. Rated below average by many consumers, customers have also complained about rude staff members, as well as misplaced luggage, which are all components of lousy customer service.

Although there is an infinite array of Las Vegas hotel to suit a range of preferences and budgets, not all of them are worth their salt. An incredible hotel in Vegas can amplify your experience and make it better while a bad one can even make you shorten your trip. It is always advisable to choose wisely if you want to enjoy a comfortable room, high-end amenities, the best customer treatment, as well as on-site shows. Do not let the location of a hotel on The Strip fool you; before you pay, find out which ones can live up to their reputation and which ones cannot to guarantee that you have the best time in Vegas.

Another option is gambling in the comfort of your own home. Online gambling is not new and it can save you money that can be added to an online casino instead of your funds going toward a hotel resort. This would be the best option for those that are looking to make money instantly, we offer a wide of online casino reviews as well as the latest casino games that you can try out before playing for real money.