The Swedish Gambling Authority – One Year On 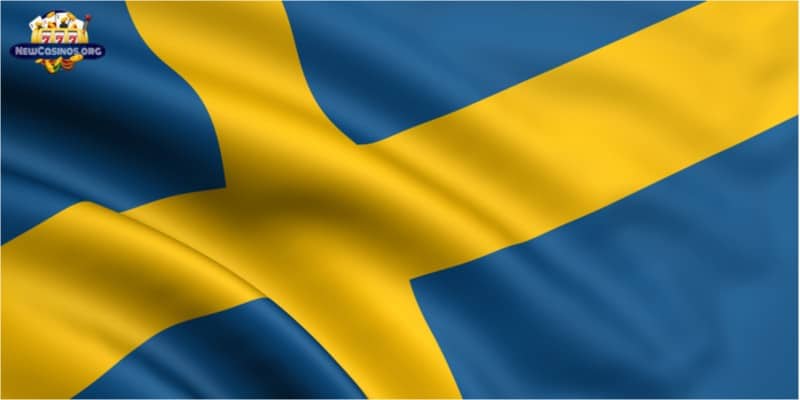 When a new sector blooms, you can never really tell which areas of the world will become key factors within a fledgeling industry, and which will remain in the dark.

Take online gambling, for example. If you were to name the regions that have become hotbeds for company HQs, licensing authorities and legal jurisdictions, you would come up with some very odd names indeed. The people playing online casino games are unlikely to think – when they are spinning the reels of the latest slots game – that they have to thank areas such as Malta, Gibraltar, the Isle of Man, Curaçao, Alderney and even the tiny Canadian territory of Kahnawake for the necessary functions and logistics required for gambling courtesy of the internet.

Another region of the world that has become something of a hotbed for online wagering is Scandinavia, and Sweden in particular. The world’s most successful online software producing company – NetEnt – hail from Sweden, as do one of their main rivals, Play ’n Go.

Sweden has – or rather had – been quite liberal in allowing their citizens the freedom to play at online casinos, as had their sister nations of Norway and Finland. Because of this liberal approach, countless online casinos targeted Scandi-based players. With the click of a button, the language used at a site could be flicked from English to Swedish, Norwegian or Finnish. More importantly (as most people in Scandi-countries speak English as easily and as frequently as their own native tongue), online casinos would accept wagers in all three Scandi-currencies: the Swedish Krona, the Norwegian Krone and the Euro which is the currency that is used in Finland.

All this freedom abruptly came to an end in January 2019 with the establishment of the Swedish Gambling Authority. The authorities in Sweden – worried about the increasing number of gambling options available to their citizens and that fact that they were regulated outside of the Swedish sphere of influence, decided to take the same route as the United Kingdom.

In 2005 the United Kingdom Gambling Commission became established, and in 2007 took over from the Gaming Board for Great Britain as the regulators of all forms of gambling including arcades, betting companies, bingo halls, real-world casinos, slot machines and lotteries. At the time online gambling was still seen as a growing industry, so players in the UK were able to play freely at any online casino, betting site or poker room no matter if it was licensed in Curaçao, Antigua & Barbuda or some other, far-flung Caribbean island.

The UK Introduces Strict New Rules Over The Offering of Wagering Services to its Citizens.

This came to an end in 2014 when new legislation was passed that could have destroyed the online gambling realm in the UK entirely. Basically, if any online enterprise, no matter where they were physically based, wanted to offer their services to people resident in the United Kingdom, then they would have to apply for and be approved for a gambling licence from the United Kingdom Gambling Commission.

Fortunately, for the gambling realm, the transition went pretty smoothly and painlessly. Online casino, slot and bingo players found themselves barely affected and they carried on wagering. The only real change came with the addition of the now familiar and ubiquitous ‘Gambling Commission’ logo in the footer of every online wagering place on the internet that accepted UK-based players.

So, in 2018 and Sweden decided to take the same approach. The Swedish Gambling Authority was set up to make sure that it is ‘responsible for ensuring that the Swedish gaming and gambling market is legal, safe and reliable’.

Online Wagering in Sweden, Legal or Illegal? Finally, the Answer.

However, with the establishment of the Swedish Gambling Authority, the ‘grey’ area of the legality of online gambling in the country suddenly became crystal clear. Virtually overnight, it had gone from ‘not quite legal, but maybe it is okay’ to ‘nope, it’s definitely illegal’.

This devastating news hit online gamblers in Sweden hard, and online companies based in Sweden such as the afore-mentioned NetEnt and Play’n GO lost thousands of players.

Online casinos had a decision to make – either to abandon the Swedish market entirely (which many did) or to begin the process of applying for the proper licensing. Doing so caused a further heap of problems. Whereas the switchover in the UK had been largely painless, licence conditions for Sweden were much tighter. Not only did an online casino have to prove that their games were sourced legitimately and that they treated their customers fairly, but they also had to prove that they had monitoring software in place to identify problem gamblers and route by which they could help customers with self-exclusion and wagering limits.

Fancy a Multi-Tiered, Re-load or Weekly Bonus in Sweden? Tough!

Also, multi-tiered bonuses and reload bonuses and promotions were banned completely. In Sweden, players are only allowed a bonus on their initial gambling experience at a site, and no other. Many online casino business models are based on player recruitment via constant bonus offers, so this proved to be another issue.

Despite it being close to a year since the Swedish Gambling Authority was introduced, we are only now beginning to see the mention of the SGA in the footers of properly licensed online casinos. In fact, the ‘big boys’ of the online gambling realm now have to have three gambling licences – one for UK players, one for Swedish players and one for players in the rest of the world.

The first gambling licences were granted towards the end of 2018, including to 888 Sweden, Betfair, Bethard, ComeOn, LeoVegas and Mr Green. Now over 70 online casinos have an SGA licence, but for people and wagering companies, it’s a number that needs to grow.