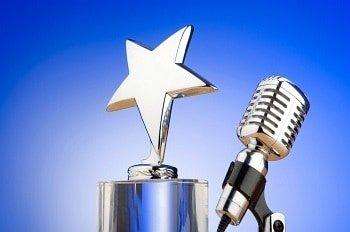 When you’re great at what you do, it’s awesome to get recognition for it, and three new Net Entertainment awards to add to their trophy case are a great example of that. At the recent eGR B2B awards, NetEnt completely cleaned house after being nominated in nine categories and taking home three different awards for their work in the past year.

Which New Net Entertainment Awards Did They Win?

The three categories in which they won are Innovation in Slot Provision, RNG Casino Supplier and Innovation in Mobile. This comes after what many industry experts are calling their most successful year so far. Likewise, there are several reasons why people might think that. The bottom line is that they have changed the industry to the point that when people want to play online slots, one of the first brands they always think of is Net Entertainment, and it’s going to take a lot for any of the competition to change that.

There were six other categories where they received nominations. Those categories included Multi-channel Supplier, Live Casino Supplier, Slot Provider, Mobile Gaming Software, Innovation in RNG Casino Software and Mobile Supplier. It goes without saying that they really dominated as far as casino-oriented categories went, and they had one of the best showings that we have seen from any company ever at these award ceremonies. These types of award shows have been great opportunities for NetEnt to show just how great they are in the past, and this year’s eGR B2B awards were no exception.

The Importance of These Award Ceremonies

One of the problems with the online gambling industry as a whole right now is that there is no standardized, international set of rules, regulations and guidelines that are followed in terms of what companies are supposed to do or not supposed to do. Along these lines, it’s up to the industry to police itself a lot of the time, which is why we have a good idea of which jurisdictions are the most reputable to be licensed in.

With ceremonies like the eGR B2B where three more Net Entertainment awards were added to their list of accolades, you can get a clear idea of which companies industry officials are the most impressed with. Moreover, you can get an understanding of who is doing what better than the competition. Because the decision process for these awards is based on independent voting and judging, the results aren’t tainted in any way, and it just goes to show that this type of approach is great for the credibility of the awards brand.