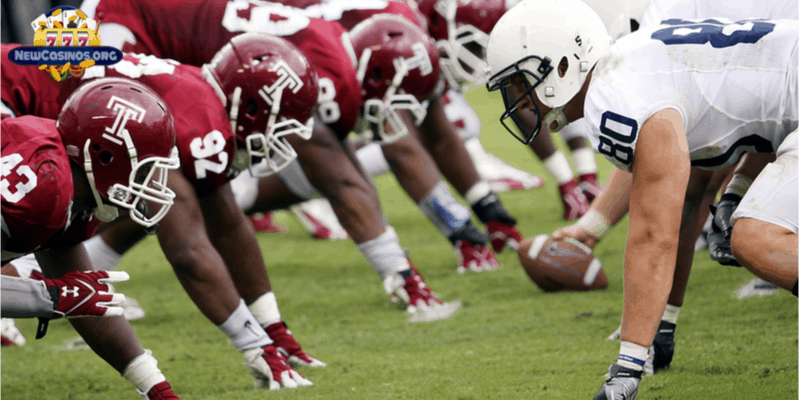 College Football Playoff Saturday is one of the best days of the year for big-time sports for a plethora of reasons, but my favorite is just being able to sit down and watch months of speculation about conference strength and talent level play out on the football field.

These games are often heavily debated all season long, and the dynamic of a four-team playoff has led to a lot of long lead-ups into huge games. These are much bigger than the rest of the bowl games, so take a little extra attention to some of the details.

The biggest issue in college football speculation and the talking heads around the sport is a lack of general knowledge about the seventh- to 35th-best players on every roster. There are very, very few people that talk about these things, and I think that they almost always show up in these big games because of the elite talent on display.

Every team that makes the College Football Playoff has star players to talk about. Some have more than others, and some stars are bigger than others, but it is rare to find a team that lacks a great top end of the roster. However, this is not always the most important part of the game.

I think that when you get these elite play-callers and players on the same field, the biggest disadvantage you can have is simply having a player or two that cannot hang athletically because you will get exploited.

The difficulty about identifying this is that it is very common that these players do not show up very much until they play against a first-round wide receiver in a playoff game.

Playing against Wake Forest or Northwestern is not going to expose a player that is not athletic enough to stay on the field because they can be hidden and kept in comfortable settings. You have to watch teams play all season and watch how they perform against elite players and different schemes, and even then, you will struggle to find this at times.

I always try to understand the raw athletic profiles of every player on the field in these big games because it often tells a story.

There are plenty of recent examples of this happening without very many people understanding until the game was already over. The 2019 national championship game featuring Alabama and Clemson came down to one simple thing: A lack of talent, depth, and experience in the secondary at Alabama.

The Crimson Tide were dealing with multiple injuries in the back seven, and they were playing a lot of young players that really were not ready, both physically and mentally, for a game of that caliber. I don’t want to take anything away from the Clemson receivers, but they scored two 50–plus-yard touchdowns that were basically on air because of complete breakdowns.

While the outcome of this game was a shock to most, I think that this matchup issue of Clemson’s elite receivers vs. Alabama’s struggling secondary was kind of obvious if you simply looked at the recruiting profiles and recent play of those units. This also goes to show that you have to understand the backups of injured players leading into the game.

A different type of example of this talent gap popped up in the 2018 matchup of Michigan vs. Ohio State. The game was posed as a top 10 matchup, with Michigan coming into Columbus with the best defense in the country.

Ohio State scored 62 in that game against a defense that had two top 12 picks and another second-rounder coming out that season.

The issue was that Michigan had one to three players on the field at all times that could not keep up athletically in man coverage, which is all Michigan ran at the time. If you looked into these players before the game, you would have found a corner on Michigan that runs a 4.85 would be on guys that ran sub-4.4, and that just will never work.

Understanding these possible major mismatches allows you to get ahead of major upsets in big games like the two examples provided above.

Let’s Chill on the Experience Talk

I think that experience is very much overrated in sports in general, and it is even more so in college football. My only hesitation with experience comes when a player has likely never seen the speed of players that they will in the game and that rarely happens in the Playoff these days. These kids are training for and playing in big games all of their lives, and this stage rarely really messes with elite players.

Every college football game these top teams play is a must-win, and they have all played in huge stadiums where their heart is pounding, and they just seem to play the same. There are always outliers, but who is the last truly elite football player that notoriously choked because he was nervous?

It is just not something that I really care about, and recent history with players like Jake Fromm, Tua Tagovailoa, Lawrence, and many more should only support that.

Betting on bowl games, specifically big bowl games, can often just come down to your interpretation of where both teams come from and how you perceive their wins. Don’t be blindly conference biased, but try to understand how conference play translates and ask what will be different.

We have seen a lot of Big 12 teams over the last five or so years really get beat up for not playing defense.

What is more important about that claim is how this lack of defensive pressure and increase in big plays will do to both teams. Schemes and playstyles often vary by conference, along with a few outliers in each conference, and this often dictates how teams seem to play on both sides of the ball.

You may watch a “bad defensive team” in a “good offensive conference” load up the box more in a bowl game because their opponent uses more under center, 12 personnel looks that favor the running game. This can often make a bad defensive team look much better or vice versa, and this is another situation where understanding talent matters.

We have seen Oklahoma score a ton of points in the Big 12 recently and then also put up similar numbers against teams that were considered to have elite defenses like Alabama and Georgia. This is likely because Oklahoma had the requisite talent to produce against any team, but there are other explosive offenses that do not scale because they are suffocated by talent.