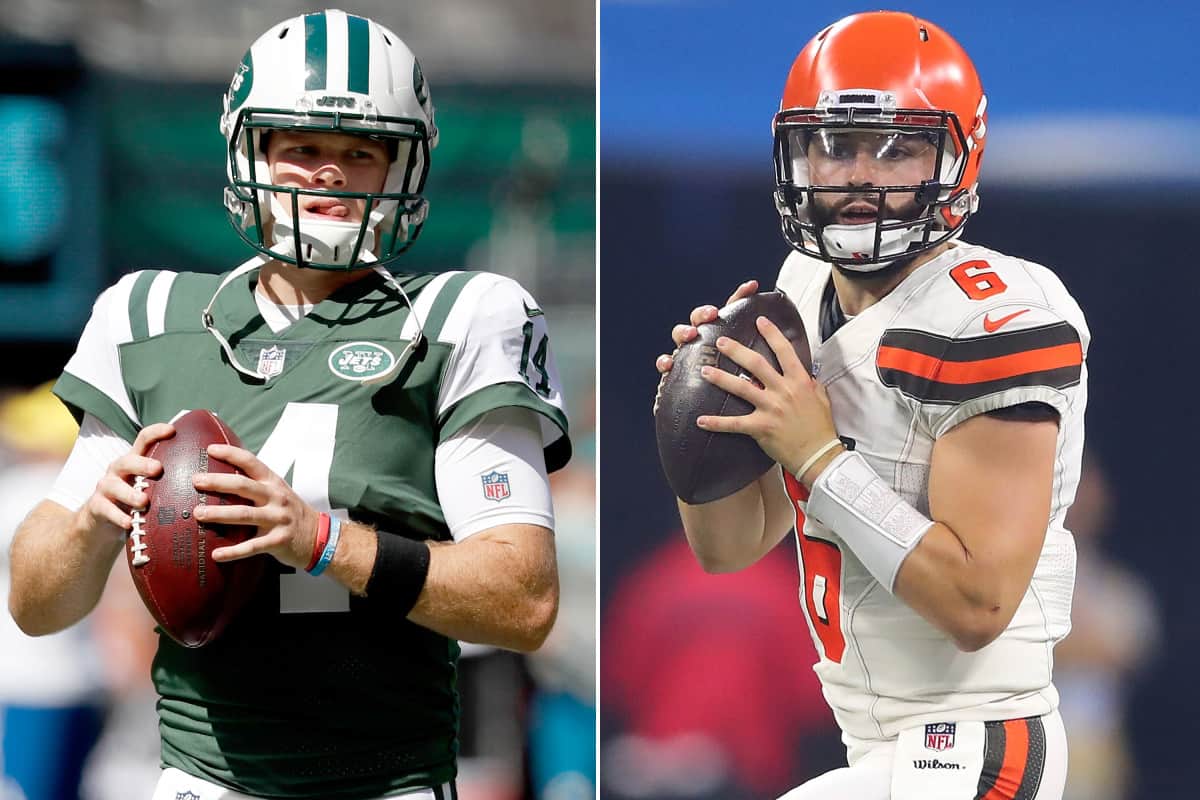 Week three of the 2018 NFL season will kick off with a game between the Cleveland Browns and the New York Jets. The game will be featured as a part of the NFL’s Thursday Night Football programming. Both the Browns and the Jets are trying to turn the corner from a rebuilding franchise to a playoff contender.

The Browns went 0-16 in 2017, but have come close to ending their long losing streak already this season. Cleveland tied the Pittsburgh Steelers in the season opener before falling to the New Orleans Saints, 21-18 in week two. The New York Jets got off to a hot start to the season with a blowout win over the Detroit Lions, but struggled in a 20-12 loss to the Miami Dolphins in week two. The Cleveland Browns are -3 against the Jets on Thursday night.

New York Jets quarterback Sam Darnold has been impressive in his first two starts this season. He has made some bad decisions along the way, but he has shown flashes of greatness, especially in week one. Darnold has thrown for 532 yards and three touchdowns so far for the Jets. He has also thrown three interceptions, including a pick-six on his first throw in the NFL.

The Jets have been dominant on defense so far this season, and they play a very aggressive defensive style. Darron Lee leads the team with two interceptions, and the team has picked off five passes through two games this season. Head coach Todd Bowles is a defensive coach, and he will have his team ready to blitz the Browns in this game.

The Cleveland Browns elected to name Tyrod Taylor as their starting quarterback this season, but it might be time for Baker Mayfield to take over. Taylor has completed just over 50 percent of his passes this season and is holding the Browns back on offense. He has thrown two touchdown passes to go along with two interceptions, and Cleveland needs him to play better in this game. If the Browns lose to the Jets, Mayfield’s time might be coming.

A big reason for the Browns improvement this season has been the emergence of their defense. The Browns have already forced eight turnovers this season to go along with seven total sacks. Cleveland has a number of former first-round draft picks on the defensive side of the ball, including rookie Denzel Ward. Ward leads the team with two interceptions so far this season and looks to be a lockdown cornerback.

Both the Browns and Jets have shown improvement this season, but each team still has many flaws. The Jets think they have found a franchise quarterback, but now need to surround him with some weapons.

The Cleveland Browns will look to ride their defense to their first win of the season on Thursday night. The Browns need Tyrod Taylor to take care of the ball, and give his team a chance to score some points. Look for both things to happen on Thursday as the Browns end their long losing streak. Bet the Cleveland Browns -3.0 over the New York Jets.