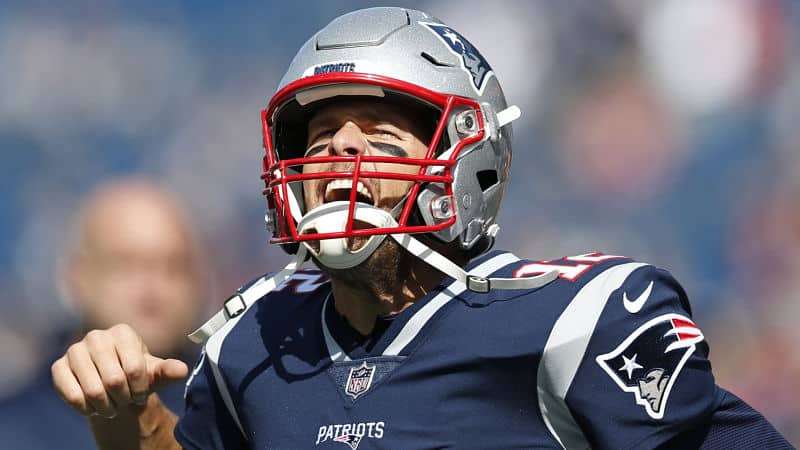 The New England Patriots will host the Indianapolis Colts on Thursday night to kick off week 5 of the NFL season. The two AFC rivals have not met since the 2015 season when the Patriots beat the Colts twice that season. Both the Patriots and Colts feature a talented veteran quarterback.

Brady Getting Weapons Back

New England Patriots quarterback Tom Brady is off to an impressive start this season and will be getting one of his favorite targets back in this game. Julian Edelman is expected to start after serving a four-game suspension for violating the NFL’s policy on performance-enhancing drugs. Brady has thrown for 918 yards this season and nine touchdowns already this season and should be even better with Edelman in the fold.

The Colts have announced that their top wide receiver T.Y. Hilton has been ruled out for the game against the Patriots with a hamstring injury. Indianapolis will also be without six other players for this game. Hilton leads the Colts with 21 receptions for 294 yards this season, and his loss is a big blow to the Colts.

Colts quarterback Andrew Luck has been impressive this season, after missing all of 2017 with a neck injury. Luck has thrown for 1,126 passing yards and 9 touchdowns this season but has been sacked a whopping nine times this season. Luck will need to find a new top target with Hilton out of this game.

The New England Patriots struggled through their first three games of the season but looked like their old self in their week four blowout win. The Patriots could be without star tight end Rob Gronkowski in this game, but Brady still has plenty of weapons on offense. Look for the Patriots to pile up the points against the Colts in this game.

The Indianapolis Colts have not played well in a majority of games this season and now are without their top playmaker for this game. Luck has looked sharp this season, but the Patriots will put a ton of pressure on him in this game. Look for the Patriots to cruise to victory on Thursday night. Bet the New England Patriots -10.5 in this game.