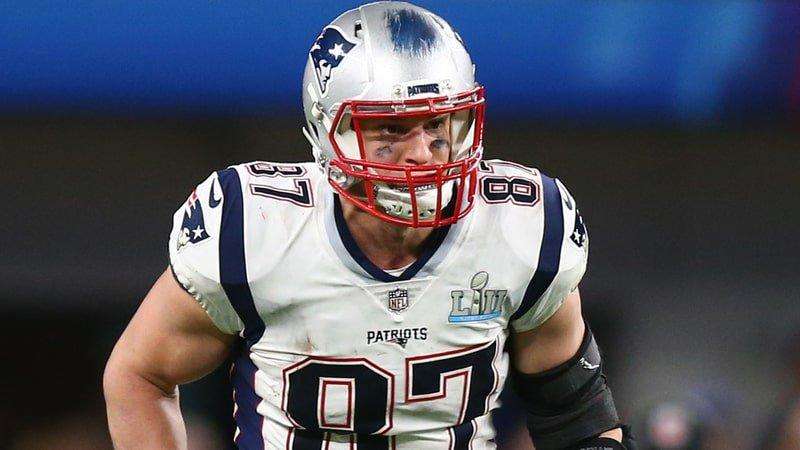 NFL Training Camps are set to begin this week, with games beginning the weekend of September 1. The Philadelphia Eagles are the defending Super Bowl Champions, after defeating the New England Patriots in Super Bowl LI. The oddsmakers have released the projected win totals for each team, and below is a breakdown of the top 5 NFL Bets in relation to win totals.

Over/Under 11 Wins- The New England Patriots had a disappointing end to the 2017 season, but they appear ready to contend again in 2018. Tom Brady and Rob Gronkowski are both back the lead the high powered Patriots offense. The Patriots have been the class of the AFC East Division for the last several years, and they don’t appear to have a real challenger this season. The Patriots are the preseason Super Bowl favorites, and there doesn’t appear to be anyone standing in their way in the AFC. The Patriots won’t challenge for a perfect season, but they will easily win 12 games this season. Bet the New England Patriots OVER 11 wins for the 2018 season.

The Cleveland Browns are coming off an 0-16 season, after just winning one game the year before that. The Browns have done a great job of drafting players in recent seasons, but are still a few years away from contending in the AFC North Division. Head Coach Hue Jackson will have to figure out a way to break in rookie quarterback, Baker Mayfield. The Browns should be must better in 2018, but that might only equate to two or three wins for them. Bet the Cleveland Browns UNDER 5.5 wins for the 2018 season.

The Pittsburgh Steelers appear to be the clear favorites to win the AFC North Division, but they have plenty of question marks heading into the upcoming season. Running back, Le’Veon Bell, is threatening to sit out a portion of this season, which would hurt the Steelers tremendously. Pittsburgh also took a big step back on defense last season, and didn’t do much in the offseason to fix their issues. Bet the Pittsburgh Steelers UNDER 10.5 wins for the 2018 season.

The Los Angeles Rams burst onto the scenes in 2017, and then had an unbelievable offseason in regards to acquiring talent. The Rams have one of the most talented rosters in the NFL, and is the clear class in the NFC West Division. The Rams brought in NDamukong Suh and Aqib Talib to bolster an already solid defense, and Todd Gurley leads a high powered offense. The Rams might be the best team in the NFC this season. Bet the Los Angeles Rams OVER 9.5 wins for the 2018 season.

The Chicago Bears appear to be everyone’s “surprise” team in the 2018 season, but the Bears play in a very tough NFC North Division. Quarterback, Mitchell Trubisky, should be much better in year two, but the Bears still have a lot to prove this season. New head coach Matt Nagy should help the offense, but Chicago still has too many question marks to really believe in. Bet the Chicago Bears UNDER 6.5 wins for the 2018 season.