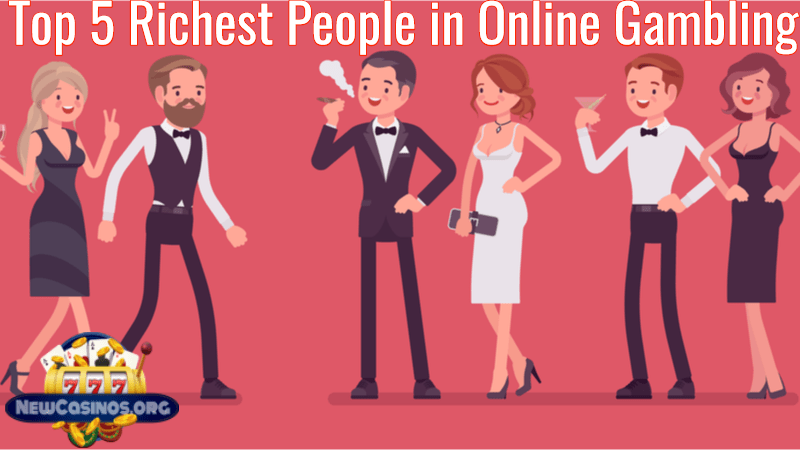 The proliferation of internet technology has made it possible for online gambling to expand at an epic pace. Today, online casinos cater to more players and turn more profit than their land-based counterparts.

With that being said, online gambling is a big and lucrative business. And a handful of gambling buffs and entrepreneurs have seized the opportunity. These are the brains who are driving online gambling in the right direction, and they are reaping billions in return.

In this post, we are going to acknowledge the 5 richest people in the online gambling scene. These are Forbes business leaders who are raking in millions if not billionaires from the proceeds of the online gaming industry.

At the helm is Mark Scheinberg, a Canadian business mogul who has become almost synonymous with online poker. Together with his gambling-head father, Mark founded Rational Entertainment Enterprises (REE). This is an outfit that owns several gambling ventures, including PokerStars, an online power website that has been in business for the past 13 years.

The father-son duo sold their venture in 2014 to Amaya Gaming Group. If you might think an online gambling business is worthless, think again. The Scheinbergs scooped a whopping $4.9 billion for their company, with Mark taking the lion share of 75% (around $3.7 billion).

As an astute businessman, Mark has managed to spruce up his worth. As of today, his fortune is valued at over $4.5 billion, which puts him at position 424th in the Forbes Magazine richest list. That also means that he is one of the top 10 richest people in Canada.

Contrary to common belief, online gambling business is not an all-men affair. Denise Coates is one of the most industrious and prolific investors in the online casino space. She has managed to work her way up to the league of online gambling billionaires.

The British iron lady founded the leading online betting platform Bet365. She is currently the joint CEO, earning an annual salary of a whopping £265 million. That’s on top of the fact that she owns three-quarters of Bet365 stock.

In some time in 2018, the mother of 5 was worth a staggering $4.8 billion. Today, her worth has dipped a little to $4.4 billion, almost tying with Mark Scheinberg as the top richest people in online gambling.

Unlike Mark Scheinerberg, who moved his business to Canada, Teddy Sagi decided to settle in England’s capital, London. The Israeli software genius and entrepreneur founded Playtech, one of the biggest names in the online casino software.

His company is responsible for wildly popular online casino titles like Top Gun, Green Lantern and Desert Treasure. Accordingly, he has made billions while providing top-notch games and gambling software to online casinos. What’s more, he owns the popular Camden Market in London.

The Israeli-Cypriot business mogul is ranked the 546th in the Forbes magazine richest list. Currently, worth over $3.9 billion, he is also ranked the 6th on the Richest Israeli list by Forbes.

The surname must be familiar by now. That’s right; John Coates is the younger brother of Denise Coates (see #2), whom they co-founded online bookmaker platform Bet365. 25% of the company’s stock is in his portfolio, which means his net worth is over 4.5 billion.

However, at one point he was named in the 29th richest British Billionaire, with a reported personal fortune of $1.3 billion. In Forbes magazine’s richest list, John comes at position 691

The story of David Baazov is that of rags to riches. That’s because his rise to the richest might sound to many people to be too good to be true. First off, he dropped out of high school at the tender age of 16, becoming homeless for the better part of his early adulthood.

He rose from being homeless to owning Amaya, a company he co-founded. Amaya is one of the most trusted casino games developers. In 2014, the company bought PokerStars for a cool $4.9 billion. Today, Baazov is worth more than $800 million, which is no small feat for someone who made it from such a humble background.