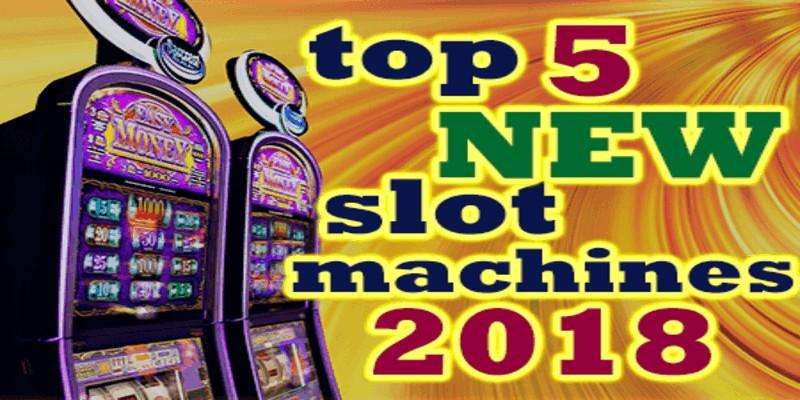 The overall quality of the slot machines which are being released improves from year to year, and so we’re looking forward to seeing everything that 2018 has to offer. So far, there have already been some excellent slot machines released, and in this article, I will list what I think are the top 5 new slot machines in 2018 that are available so far.

Planet Fortune is a science fiction-themed game, which was implemented based on a drawing style that you’d see in comic books from the 50s. I found it a lovely slot machine, and it doesn’t hurt that it comes with an average RTP of 96.50%. It has 5 spinning reels, which are being populated with 40 active lines. As much as $250,000 can be won in a single round.

From Aztec Gems, I wouldn’t expect as much from the design, but on the other hand, you’re going to love its 96.52% RTP, along with its bonus features. It’s a 3-reel game, with 5 active lines and with the 4th reel in place, to deliver up to 15x multipliers. It’s using wilds, stacked symbols, and big multipliers to its advantage, so even though it’s a classic title, it also manages to be unique. This is a medium volatility game.

Like most slot machines that come from Quickspin, Northern Sky pulls off its design very well. It sports a theme that is based on the Scandinavian night sky, with the stunning Aurora Borealis as its big attraction point. As for the game’s offer, it is going to have 5 reels, but only 9 bet lines. It will be fun to play thanks to the Respin feature, along with its scatters and free spins. With a top jackpot of $4,000 and an RTP of 96.57%, it comes in at number 3 in our top 5.

Among the more profitable games that were released so far in 2018, Ozwin’s Jackpots was designed by Yggdrasil Gaming, and it has an RTP of 96.70%. Magic is alive and well in the universe in which this slot takes action, being visible in features such as the Jackpot Free Spins with multipliers, which can be triggered in two different ways, or the Spellbook Bonus Game. Not only does it pay well in the long run, but it also delivers good jackpots of up to $20,000 through its features.

And finally, coming in at number 1, we have Microgaming’s first release for 2018, Lucky Little Gods. They started strong with this game, which they dedicated to the Chinese deities, but they implemented in it an Anime style that will feel familiar to players that love the genre. It’s got the highest RTP that I saw in 2018 so far is set to average out at 96.75%. As for what the game actually has to offer, it’s got 5 reels and 243 ways to win, while features consist of free spins, wilds, and several bonus games, coming both from scattering symbols and at random.