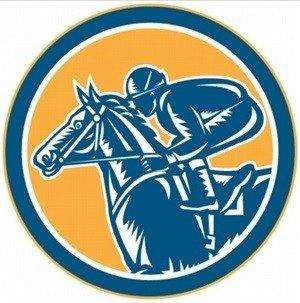 Barely days after winning the Breeders Cup Classic, which was held on Oct 31st, Triple Crown champion American Pharoah has retired from horse racing. In what was billed as a Grand Slam victory for the thorough bread, the history-making horse completed the 1.25-mile course in a record time of 2:00.7.

Our portal is home to the best bookmakers online and you can place wagers in the horse betting sections of any of the promoted sites securely. What sets these bookmakers apart is that they accept player from most regions including US-based players. Read reviews on the same and also claim exclusive bonuses to give yourself better chances of winnings

The Triple Crown Champion American Pharoah is to spend his retirement time at Ashford Stallion Barn which also plays residence to another champion racer Thunder Gulch.

As you would have noticed, the name Pharoah appears to be misspelt –but you have our assurance that it’s not our typo. As a matter of fact, the typo was made in the champ’s registration paperwork and has ever since stuck.

Fast forward a little bit, Triple Crown Champion American Pharoah embarked in his history breaking winning streak by winning the Kentucky Derby, Preakness Stakes and then later the Belmont Stakes. This made him the second horse to win the Triple Crown after Affirmed did so back in the year 1978.

Another intriguing fact is that he comes from a lineage with winning pedigree with his great-grandfather grandfather and father being winners and also second-best in one or two of the Triple Crown races. So if you needed a hot tip there you have it, folks – go for a horse with a winning linage.

Follow all the horse racing action from any of the promoted sportsbooks where you will find coverage of many races in North America, Europe and the rest of the world. There are fantastic horse racing bonuses to give you that extra edge.