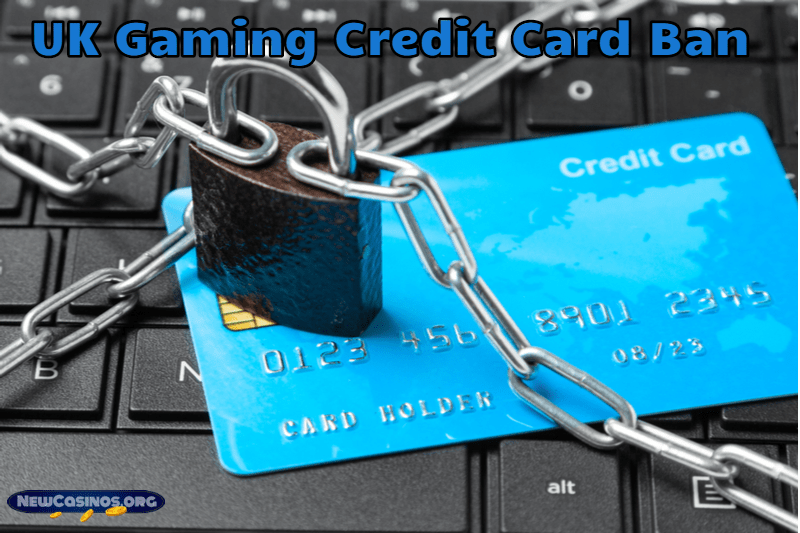 The latest major effort by the UK Gambling Commission to help prevent people from falling into debt because of their gambling commenced in July 2019. The UKGC – one of the strictest gambling licence issuers in the world – had already banned UKGC-licensed casino customers from playing online slots and casino games for ‘free’ or for ‘play money’, and had issued strict guidelines to help online casinos prevent under 18s from accessing their sites. In July 2019 they began a consultancy period to examine whether the use of credit cards to pay for gambling should be banned at UK-licensed casinos, pokies sites, bingo sites and sportsbooks.

This news was not greeted warmly by the UK online gambling industry, fearing loss of revenue. For as long as online gambling had operated in the UK, debit and credit cards had been the main source of funding for players who wished to gamble. People in the UK love their credit cards – it is estimated that almost every single person in the UK has a least one credit card in their wallet or purse and, on average, they run with a debt of around £1,000 upon them. If the UKGC banned credit cards, then the average UK player would find it just that little bit tougher to fund their gambling.

For six months the UKGC considered whether to ban credit cards for gambling.

The consultancy period ended in January 2020, and the UKGC announced a decision that came as no surprise to anyone – from April 14, 2020 players playing at UKGC-licensed wagering sites of any description would not be able to use credit cards as a payment method. The ban included ‘second party’ credit providers too such as PayPal who allow their eWallet users to build up credit via their PayPal payments at a later date. PayPal was forced to take steps to prevent their customers using ‘PayPal Credit’ at online casinos and sportsbooks, else face heavy fines.

Wagering sites had three months to warn people that the credit card ban was to come into force and then on April 14, 2020, they were legally obliged to remove mechanisms from their site that made credit card payments possible. Affiliate sites bloated with reviews scrambled to remove all mention of credit card payments for UK-based customers from their pages, else they also faced the prospect of sanctioning. The ban stretched to real-world gambling sites too – real-world bookmakers in the UK such as Ladbrokes, William Hill and Paddy Power could no longer take ‘over-the-counter’ bets that were paid for with a credit card.

At the time of writing the ban on credit card usage at gambling sites in the UK has been in force for six months. The question is, has it made any difference?

Has the credit card ban made any difference to problem gambling in the UK?

The easiest answer to this question is ‘it’s hard to tell’, and the reason it is hard to tell is that since April 2020, the United Kingdom has become an extraordinary place indeed. The UK has been a major global hot-spot when it comes to COVID-19, despite the efforts of Boris Johnson’s government to prevent the spread of this deadly virus. Hundreds of thousands of people found themselves furloughed from their employment, and tens of thousands of people lost their jobs altogether.

It, therefore, must be understood that any findings concerning the ban on the use of credit cards for gambling will be skewed by the UK’s experience of the global pandemic.

Hard figures have yet to be released for 2020 in terms of how many people are still gambling in the UK and how much money these people are spending. Anecdotal evidence spread around the internet though it can lead to one conclusion being made – the ban on credit cards has made little to no impact.

There are reasons to consider why the credit card ban may have had minimal impact.

It does not seem hard to work out why the impact has been minimal. If an alcoholic visit his local off-license in the UK to stock up daily on vodka, then if that off-license were to close down, the alcoholic would not then give up alcohol – they would start visiting a different off licence.

So it seems the same as the credit card ban in the UK. Problem gamblers who previously ran up debts on the credit cards at online slots sites, casino sites and sportsbooks are simply using other ways of obtaining credit.

One problem gambler – identified only as ‘Dave’ – told the BBC that when the credit card ban came into force, he just started using his mobile phone bill instead. Many online sportsbooks and casinos take bets using mobile phone payments – all payments are added to a customer’s phone bill which they are then presented with at the end of their billing cycle. Dave said that when the time came to pay his phone bill, he paid it using his credit card.

There are several ways problem gamblers can get around the credit card ban.

Another problem gambler explained that he navigated around the credit card ban by using his credit card to buy Bitcoin. The number of Bitcoin casinos in the UK is low, but they can be found. Because cryptocurrencies are not tied to any particular jurisdiction, governments are largely powerless to prevent people from purchasing Bitcoins, although some countries, like China, have banned them.

Yet more problem gamblers have found an even easier way to get around the credit card ban – they do not gamble at UKGC-licensed online casinos but casinos with other high-tier licences like those issued by authorities in Malta and Gibraltar. Such casinos do take steps to prevent non-UK residents from accessing their sites, usually via IP address identification and geo-blocking. Still, the use of a VPN can usually unblock such blocks. VPNs are perfectly legal (at the moment and in most countries), although their usage for illegal activities is not. Anecdotal reports suggest that many UK-based gamblers are heading to online casinos usually frequented by gamblers in Australia and New Zealand.

Although there are caveats, it seems the credit card ban has had little effect on problem gambling in the UK. It will be interesting to see if there has been any effect on the first anniversary of the ban but – as the saying goes – “where there’s a will, there’s a way”.