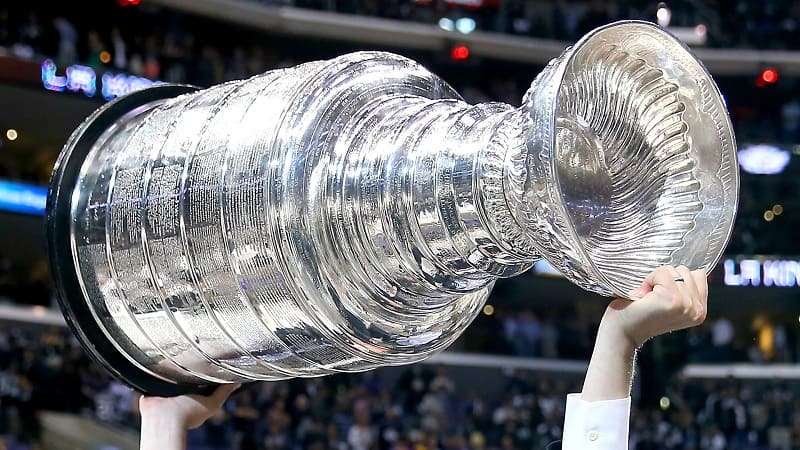 The Washington Capitals were able to win their first ever Stanley Cup in June, and teams are already gearing up for next season. Many of this year’s top teams appear to be huge factors in the playoffs next season. Below are the updated odds to win the 2018-19 Stanley Cup that hopefully help you with your hockey betting.

The Tampa Bay Lightning came up just short in the 2017-18 playoffs but return much of their very talented roster. Steven Stamkos is back to lead the way, and goalie Andrei Vasilevskiy burst onto the season this season, and should be even better next year. The Lightning will have a say in who wins the 2018-19 Stanley Cup.

The Nashville check in at +1100, which is right behind the Lightning. The Predators have been steadily improving for the last few years, and appear to be ready to take the next step. Nashville has an unbelievable home ice advantage, and their roster is filled with proven veterans.

Oddsmakers have put together a large group of proven teams and given them the same odds, +1200. The defending champion Washington Capitals, and runner-up, Vegas Golden Knights lead this group of five powerhouse teams. The Boston Bruins and Pittsburgh Penguins always seem to factor into the mix in the Eastern Conference, and should be near the top again this season. The Maple Leafs are led by Auston Matthews, and will be hungry for success after a brief postseason stint last season.

The Edmonton Oilers failed to make the playoffs in 2017-18, but they have a young roster that continues to get better. Edmonton still has some question marks on their roster, but they should be a playoff team next season. The Oilers could be this year’s Vegas Golden Knights, and could be one of the NHL’s biggest surprises next season.

The Anaheim Ducks and San Jose Sharks have been perennial contenders in the NHL, but neither has been able to establish consistent dominance. The Blackhawks failed to make the playoffs last season, after a long reign atop the Central Division. Chicago should be improved and still feature a dynamic 1-2 punch of Patrick Kane and Jonathan Toews.

Another large group checks in with +2500 odds to win the Stanley Cup. Both the Wild and Blue Jackets were playoff teams in 2017-18, but neither was able to advance out of the first round. A surprise team could rise out of this group to challenge the top teams next season.

The Flyers were a playoff team last season, but were ousted by their rivals, Pittsburgh in round one. Philadelphia should be improved next season.

It comes as a small surprise to see the St. Louis Blues and Colorado Avalanche with these odds. The Blues were one of the top teams in the Western Conference the last few years, but struggled down the stretch in 2017-18. The Avalanche snuck into the 2017-18 playoffs, but were dismissed quickly by the Nashville Predators in the first round.

The rest of the NHL checks in at +4000 or better odds to win the Stanley Cup. There could be value in a few of these teams, but it’s hard to predict which team will make a huge improvement next season.