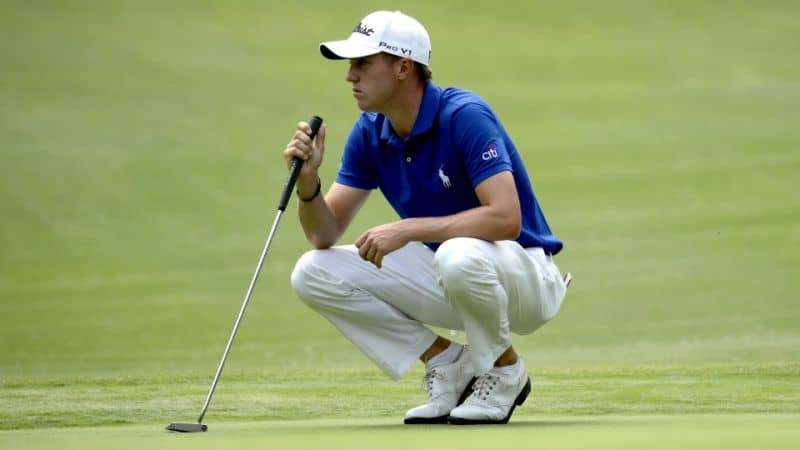 The 2018 British Open, or Open Championship, will take place at Carnoustie Golf Links near the end of July. Carnoustie is a Scottish golf course that will play host to the British Open for the first time since a memorable 2007 tournament. This is a very difficult golf course, and scoring will be incredibly difficult, just as it was at the U.S. Open. Let’s take a look at the updated odds to win the 2018 British open for the top 9 favorites.

Dustin Johnson is the top-ranked player in the world, and is the favorite to win the 2018 British Open. Johnson has the skill, but it remains to be seen if he has the mental fortitude. Johnson had a very rough day three at the US Open but is capable of having a great weekend in Scotland.

Jordan Spieth is the reigning British Open champion, but is struggling through the worst stretch of his young professional career. Spieth is very capable of putting up low scores all weekend long. The slower greens in Scotland should play to Spieth’s strengths, and he will be aggressive with his putts all weekend long.

McIlroy always has a chance to win every tournament he plays in, and has already won 4 Majors in his career. McIlroy doesn’t hit the ball as far as he used to, but his short game has improved. The Scottish links play differently than the courses in the United States, and McIlroy is comfortable playing on them.

Rickie Fowler is going to win a Major Tournament at some point, and maybe it will be his time at Carnoustie. Fowler has long been considered one of the top golfers in the world but has yet to put it all together to win a Major. He will be in the mix heading into Sunday in this tournament.

The number 3 ranked player in the world, is playing great golf in 2018. Justin Rose doesn’t have a very good history at the British Open but will look to change his fortunes in July. Rose is capable of winning the tournament, but he will need some breaks along the way.

Tommy Fleetwood is quickly starting to gain notoriety after a second place finishes at the US Open. Fleetwood also has history at Carnoustie, having posted the best round ever at the course. This is a guy that everyone should be keeping their eye on heading into this tournament.

The 2018 US Open champion has shown he has the mental toughness to grind through a tough weekend. The course at Carnoustie will play much like the US Open, which will give Koepka a slight edge. The number 4 ranked player in the world should factor into the mix at Carnoustie.

Tiger Woods continues to receive great odds to win the British Open, but he has not won a Major in over a decade. Woods has shown glimpses of his old self in 2018 but has yet to challenge to win a tournament.

Justin Thomas has already won two tournaments in 2018, but has struggled in his past British Open outings. Thomas is just a few weeks removed from being ranked number 1 in the world and is certainly capable of winning another Major.