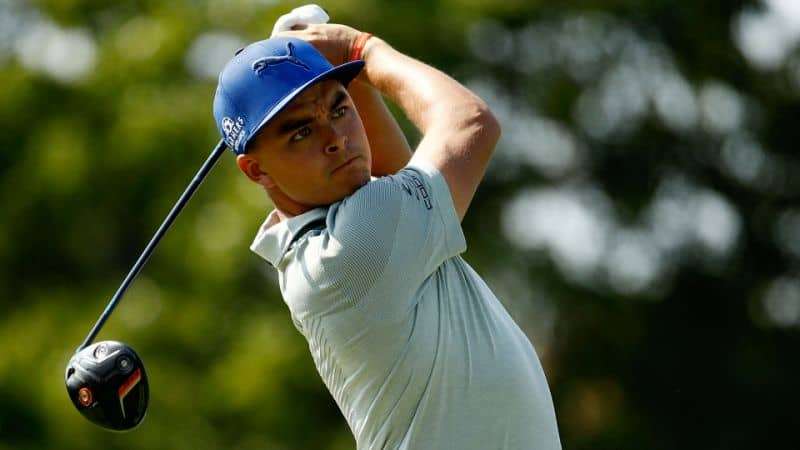 The 2018 British Open, or Open Championship, is set to begin on Thursday, July 19. The Open Championship will take place at the Carnoustie Championship Course. This will be the first time that the British Open will be held at Carnoustie since 2007, and the course is known for being a very difficult and challenging one. The scoring at this tournament should be similar to the 2018 U.S. Open, where players struggled to stay close to par. Let’s take a look at the updated odds to win the 2018 Open Championship.

Dustin Johnson is the number 1 ranked player in the world, and comes in as the betting favorite to win the Open Championship. Johnson’s best British Open finish came in 2011, when he finished in second place. The top player in the world will be looking for his second career Major win this weekend.

McIlroy seems to always be a favorite to contend and win the Open Championship. McIlroy has been up and down this season, but definitely has the talent needed to win at Carnoustie. The 2014 British Open winner will be looking for his second career British Open victory.

Jordan Spieth is the defending Open Champion, but his last victory was at a different course. Spieth has been struggling in 2018, and doesn’t appear to be the same player he was last year at this time. Still, he is very talented and capable of turning things around at any moment.

Justin Rose has struggled in his career at the Open Championship. Rose is ranked number 3 in the world, but needs to start winning more consistently. He has the talent, but needs to play better this weekend at Carnoustie.

Rickie Fowler is the best current player on tour that has yet to win a Major. Will this streak end at Carnoustie? Fowler must play four solid rounds of golf if he wants a shot at winning the tournament.

Justin Thomas has spent a few weeks at No. 1 in the World this season, and is tied for the most victories on tour this season. Thomas has struggled in his first two Open Championship appearances, but should be a factor this weekend.

Fleetwood had a great final round at the U.S. Open that nearly was enough to win the title. That’s about the best accomplishment in Fleetwood’s career.

Brooks Koepka has won back-to-back U.S. Open Championships, and has plenty of momentum heading into this tournament. Koepka has lacked consistency in his career and still just has three PGA tour wins. Koepka should be considered a favorite, but has yet to show consistent solid play.

Rahm continues to hang around near the top of the leaderboard in every tournament he plays. When Rahm proves that he can actually win some of these tournaments, he will see his stock rise tremendously.

Tiger has not won a Major in over ten years, but it appears that this is a good weekend for that streak to end. Woods has played well in his previous two tournaments at Carnoustie and is known as one of the best Links golf players in the world.