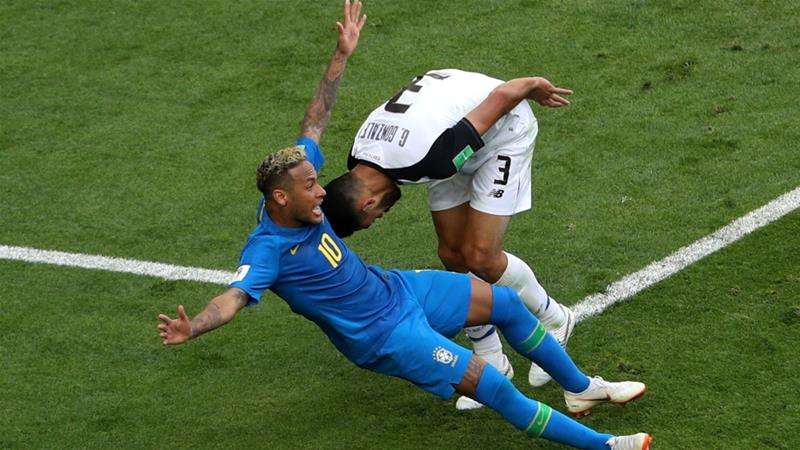 The 2018 World Cup has just wrapped up the group stage portion of the tournament, and now just 16 teams remain with a chance to win the title. Pre-tournament favorite, Germany, failed to advance out of their group and was sent home early. Let’s take a look at the updated odds to win the 2018 World Cup heading into group play.

After Germany failed to advance past the group stage, Brazil immediately took over the role as favorites. Brazil is trying to get revenge after getting blown out in 2014 World Cup, 7-1. Brazil advanced in a tough group and now faces a very tough Mexico team in the round of 16. It’s no surprise to see Brazil with the best odds, but now they must prove that they are the team to beat.

Spain is still receiving great odds to win the 2018 World Cup but struggled mightily in the group stage. Spain has one of the most talented rosters of any team in the tournament but has struggled to score goals. If Spain is going to win the World Cup in 2018, they are going to have to find a way to play more consistently.

Belgium appears to be in great shape to reach the Top 8 with a matchup against Japan in the round of 16. Japan is considered a +15000 to win the World Cup, and the Belgium team will be heavy favorites in this matchup. A win by Belgium would set up a potential showdown with Brazil.

England appears to have the cleanest path to the semifinals out of any team in the field. England will open up against Colombia and would face the winner of Sweden/Switzerland in the next round. It appears that England could be one of the final 4 teams if they play to their potential.

France takes on a tough Argentina squad in what appears to be the best matchup in the round of 16. France will have to find a way to slow down Lionel Messi and his Argentina teammates if they want a shot to advance.

Croatia was one of the surprise teams in the group stage, and were able to win all three of their matches. Croatia will take on Denmark in the round of 16, and should be heavy favorites to win this matchup. A win would set up a potential showdown with Spain for a right to advance to the semifinals.

Argentina struggled mightily in the group stage, and needed plenty of help to reach the knockout round. Lionel Messi, playing in his final World Cup, is trying to lead his country to the title. Things won’t be easy for Argentina in a matchup with a very solid France team in the round of 16. Messi will need to be on top of his game if his team will find a way to win the title.

The nine remaining teams have +2200 odds are better and considered major longshots. There can always be surprises, but the top 7 teams seem to be very solid.