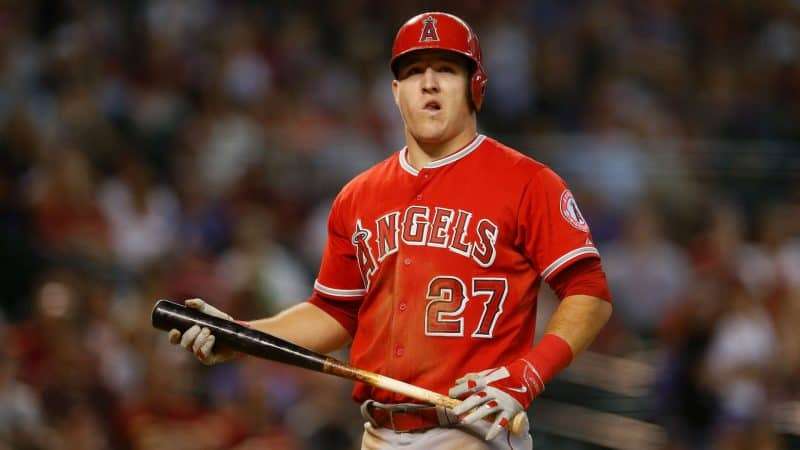 The Major League Baseball season resumes on Friday after an exciting and competitive All-Star Game on Tuesday. Playoff races are heating up, as are the awards races in each year. The MVP Odds have been updated for both the American and National League. Let’s take a look at the betting favorites.

There are four players who have pulled away from the rest of the players in the American League. While it is not a conclusion that one of these four players will win the award, they have the clear advantage at the All-Star Break. The Houston Astros, Jose Altuve, checks in with +2000 to round out the top 5.

Mike Trout (LAA) -150: Angels superstar, Mike Trout, is the clear favorite for AL MVP. Trout is having the best year of his career, and could set a single season record for Wins Above Replacement (WAR). He also belted a home run in the All-Star Game on Tuesday.

J.D. Martinez (BOS) +275, Mookie Betts (BOS) +300: A pair of Boston Red Sox teammates might be battling each other for the AL MVP Award. Both J.D. Martinez and Mookie Betts are having career years for the best team in baseball. Betts leads the American League in batting average, while Martinez has been the best home run hitter in baseball the last two seasons. Martinez and Betts might end up splitting the votes unless one player can clearly pull ahead from their teammate.

Jose Ramirez (CLE) +800: Jose Ramirez has quickly, and quietly, grown into one of the most complete players in baseball. He leads the first place Cleveland Indians on offense, and is a tremendous defender as well. Ramirez should win an MVP before his career is over.

The National League MVP race is a lot more crowded at the top, and several other players are lurking close behind. No clear favorite has emerged in the National League, but there are still some players having great season. Below is a look at the top six players as of July 19.

Nolan Arenado (COL)  +300: Arenado might be the best defensive player in baseball, and is also having a terrific year at the plate. The Rockies are still in contention in the NL West, and if Arenado can lead them to the playoffs, he might be the favorite for this award.

Paul Goldschmidt (ARI) +450: After a slow start, Goldschmidt is putting up great numbers again for the Diamondbacks. “Goldy” has blasted 21 homers for the DBacks to go along with his .386 on base percentage. The Diamondbacks are a real threat to the Dodgers in the West.

Bryce Harper (WAS) +800: Bryce Harper was the early favorite to win this award, but is having a rough season at the plate. It doesn’t help that the Nationals are also struggling as a team as well. Harper, who won the 2018 T-Mobile Home Run Derby, will need a big second half to get his team back into playoff contention.

Ozzie Albies (ATL) +1000: Ozzie Albies burst onto the scene this season for the Atlanta Braves, and he hasn’t stopped hitting all season. Albies has 20 homers to go along with 55 RBI’s. If his teammate, Freddie Freeman, goes through a slump, Albies might climb this list.

Javier Baez (CHC) +2000: The ultra talented, Javier Baez, cracks the top 6 on this list after a terrific three months of baseball. Baez leads the Cubs in almost every offensive category and still brings his terrific defense every game.