The Complete Guide to Video Poker 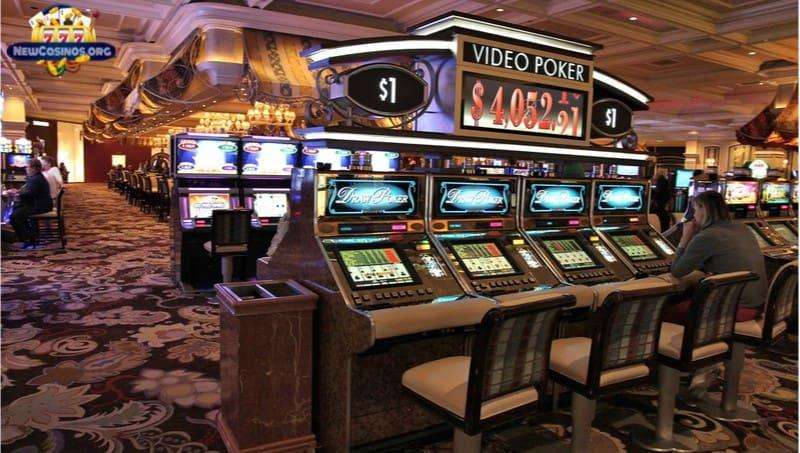 Video poker is not as popular as it once was, which is a shame as it’s a fast-paced, entertaining gambling game that can pay dividends as well. It’s also one of the games commonly found at casino sites with a high RTP (Return-to-Player), so you have one of best chances of breaking even by playing this game, or of even of coming out on top. Sit back, enjoy and relax as we take you on a journey on a complete “Video Poker guide“.

If there is one thing to blame for the ‘demise’ of video poker, it’s online poker variants such as Texas Hold’em or Omaha. Both these games, however, can seem very complicated for the beginner, and anyone as a newbie trying to play online poker with experienced poker players soon finds themselves with empty pockets. Poker is, after all, one of the few games where a bad hand can beat a good one, thanks to the concept of bluffing.

There’s no bluffing in video poker, and there are no greedy poker sharks either. It’s just you, trying to land as valuable a hand as possible and by which, earning some cash.

Many people claim to have invented video poker, but most people now attribute its invention to gambling legend Si Cobb, founder of Bally, Sarcoma and IGT. Having come up with the idea of a poker game based on draw poker, Cobb enlisted computer and video engineers to bring his creation into reality. He then installed his video poker machines in casinos all over Las Vegas.

Cobb had created a video monster! Pretty soon people in Las Vegas casinos were abandoning their slots and even the casino tables to play video poker. Naturally, this initial craze abated, but video poker remains a popular pastime in Las Vegas and at other casinos – both online and off – throughout the world.

Without getting too technical, poker is a game where each player is dealt five cards. Further deals may then ensue during which players attempt to improve their hands. Depending on the value of their hands, players make bets, or fold (give up and take no further part in a play). At the end of the round, the player with the best hand who hasn’t folded is declared the winner.

A straight flush is known as ‘Royal Flush’, which is the highest possible poker hand. If players have the same hand (i.e. a pair), then the highest value hand wins (i.e. a pair of tens beats a pair of eights). If there is still a tie, then the cards that usually have no value are called ‘kickers’ and are used as tie-breakers. This means that ‘’ beats ‘’.

Video poker is a version of the game that used to be the most popular version of poker until Texas Hold’em took over – Draw Poker. In Draw Poker each player is dealt five cards, after which there follows a round of betting. Players then can change as many cards from their hand as they want, and are dealing with new ones. Players will then bet on the final value of their hand.

When you play video poker, you will be dealt five cards, with the option to ‘hold’ (i.e. keep) as many or as few cards as you like. After your hand has been re-dealt, your hand’s worth is scored, and if it is valuable enough, then you are awarded an amount concerning your bet from the paytable.

In most games, you need to score at least a pair of jacks to be awarded a payout, hence the most common form of video poker being called ‘Jacks or Better’.

There are several versions of video poker. Here is a rundown of the most commonly found variants. Feel free to click on the image and play:

The most popular version of video poker. Here, it would help if you landed a poker hand of at least a pair of jacks to win.

The same as jacks or better, except that you receive a bonus for full houses and flushes.

The same as bonus poker, but with bonuses for certain hands, such as four aces, twos, threes or fours.

The same as double bonus poker, but with bonuses for certain hands, such as four aces with a two, three or four kicker.

The same as jacks or better except that all deuces (twos) are wild. This gives rise to a further possible hand, five of a kind, which scores higher than a straight flush, but lower than a royal flush.

The same as jacks or better, except that one or two jokers are added to the pack. As with deuces wild, five of a kind is now possible.

The same as jacks or better except that there are better payouts for four aces, or four identical ‘face’ or ‘court’ cards.

Video Poker is an entertaining game which many people unnecessary neglect. It has a high player RTP and is fast-paced. After reading our Video Poker guide, why not give it a try today, and see how you get on? Click here to view the top 10 online video poker casinos to play for real money.