Woman and Gambling – the Facts and the Figures 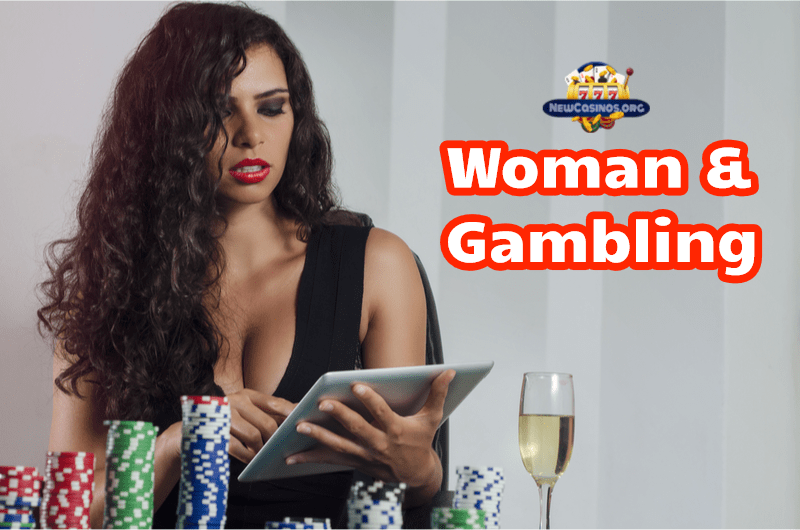 For many years gambling has been seen as a male-dominated domain. Watch any film with a casino scene, and all the ladies in it won’t actually be playing blackjack or roulette – they’ll we hanging around the well-dressed guys as the dudes get on with the serious business of winning oodles of cash with skill and aplomb. If the ladies want to gamble, then there’s always to bingo halls …

It’s the same with sports betting. For countless years you were as likely to see a female in a betting shop as you were to see a vegan at the butcher’s. Sports betting was, for no reason whatsoever, deemed to be the preserve of the gentleman.

But all that is changing. While men still rule the roost when it comes to gambling, the ‘fairer sex’ no longer completely lag, as many of the facts and figures released about online gambling of late have shown.

Figures released since 2018 indicate a growing number of women gamblers.

Information released recently by the National Council on Problem Gambling in the United States makes the following observations:

Trends when it comes to gambling and women

There are many differences when it comes to the way that men gamble, and the way that women gamble. While men tend to prefer sports betting, casino games and poker, women tend to gravitate towards slots, bingo, video poker and lottery sites. Despite this preference, this hasn’t stopped a few women from becoming championship-standard poker players, such as Liv Boeree, Vanessa Selbst and Annie Duke.

Women tend to gamble for different reasons to men as well. Men say that the main reason that they gamble is for fun, to be entertained, for the thrill and excitement and to of course hopefully win money. For women, it seems to be different.

Women say that they mainly gamble to have something to do. The majority of female correspondents (as many as 95%) that they are so-called ‘escape’ gamblers who use gambling as a means of self-distraction from other aspects of their lives. Women who gamble say that they do so to provide themselves with a means of escape from their humdrum, ‘everyday existence’, and to manages stress.

The differences in how men gamble and how women gamble

It seems that while most men start gambling in their early twenties or even younger, women tend to start gambling much later in life. The majority of women gamblers do not start gambling until their early forties or their late thirties. They also engage in fewer types of gambling, adhering to a favourite discipline as opposed to several disciplines as men typically do.

If a woman encounters problems with her gambling, she is far more likely than a man to seek help with her issues. Men tend to leave gambling issues to fester until they are at the brink of desperation, whereas women seek help as soon as they feel that their gambling is getting too much for them to cope with.

It’s easier for men to get treatment for problem gambling than women.

Even though women seek help with problem gambling earlier than men, it is often harder for them to receive the treatment that they desire. This seems to be because most gambling helplines and similar resources are set up with men in mind, and not women.

Among the reasons that women say that they find it difficult to receive help are as follows:

Some other facts concerning women and gambling, from 2018 onwards

Q. What percentage of women consider themselves to be profitable casino players?

Q. How many women have reported having problems with gambling in 2019, as opposed to, say, five years ago?

A. Well over 3,000 women identified as problem gamblers in 2019, according to Gamcare. This figure is up from around 2,300 five years ago.

A. Woman is four times as likely as men to gamble by using online slots. Around 34% of female gamblers use online slots to gamble.

Gambling can be entertaining – but only if done responsibly.

Despite much of the doom and gloom inherent throughout this article, it is worth taking a moment to reflect that the majority of people (including women) who play slots, bingo, casino games and indulge in sports betting do so with no issues whatsoever. As long as you gamble responsibly, never chase your losses and never gamble with money that you cannot afford to lose, then you should never face a problem.

However, if you do feel that you are on the road to becoming a problem gambler, whether you are female or not, there are plenty of organisations such as Gamcare that can really help you out.